Two new Exynos Processors will be annouced the 7th of January! 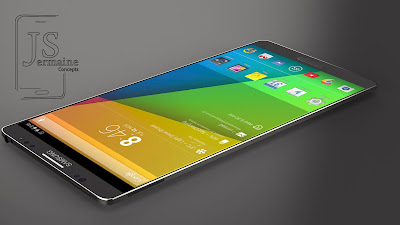 A lot of people would think that Samsung might use the Snapdragon for there new unreleased smartphone the samsung galaxy s5 but in January Samsung will annouce two new processors of themself.

1 of does is a Exynos 6 "octa-core" SoC (System on a Chip)
This could be one that Samsung might use but they also have a new one, this one is called the Exynos S

Back in November Samsung's official slides were mentioning that the company is working on a processor with ARM's 64-bit core (Exynos 6) but next to that they where also working on another AP with it's own 64-bit core this would be the Exynos S! 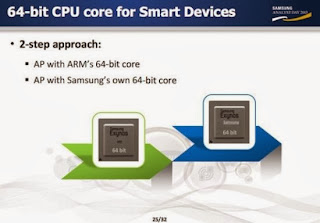 It does not say anything about the core-count of the "S" just that it has a 64-bit in it. But it would be performing 1.43 times better then the Snapdragon 800!
We expecting that the Exynos 6 will be abble to use bolth of it's quad-core processores unlike before.
(this has bin said on twitter #UnluckExynos)