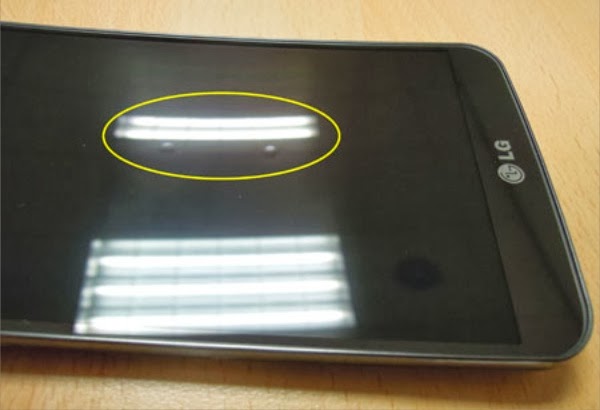 Lg released there LG G flex some time ago. And it was a totally new way how to make a phone. Yes Samsung released a rounded shape phone to but it could not bend, where the LG G flex could.
However this seems to create some problems.
It seems that there are bumps showing up on the screen and these bump appair on more phones.

The picture is taken by a sales men that has seen this on more then one.
LG has acknowledged the problem but are playing it down.
by saying:

“Because key components inside the G Flex such as the glass cover, OLED display, battery and frame are elastic, excessive or frequent force that flattens the device may produce bumps. The issue has no relation to the performance and quality of the device.”

They also stated that the bumps would slowly go away. However this is something we have to wait and see.
But even though it does not effect the phone and its preformance it does not look good if you ask me.