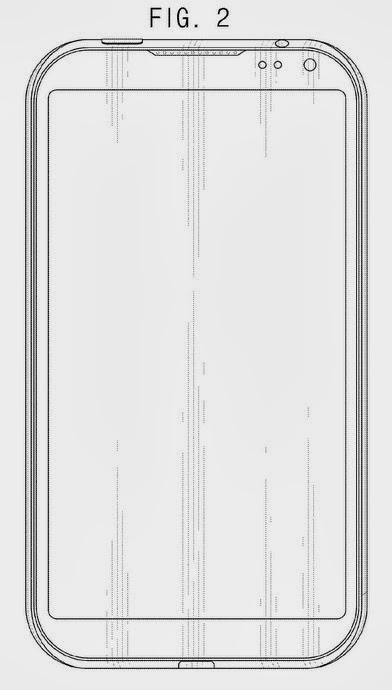 Again there is a picture online that shows a Samsung device. It is unkown what this device is but it shows a phone design without a button. This is something Samsung always had and in this patent we see a phone without.

But we also see something that might be the fingerprint scranner but i could be mistaken. You can see what i mean on the right side on figure 3. Here you can see a bar and some strange lines going over it. (however you also see them in the middel and it could more or less give of the roundness of the device) It could be that this is the fingerprint scanner.

What we can also see is a strange boc like idea on the back that we normally only see on the front.
It look pretty big but it is unsure rather this is a box or something else.

We can also see some strange lines going over the phone. This could be a texture idea or something like that.

On the sides we only see 1 sets up buttons and again does strange lines. It seems to be a pretty round device from the picture. which can be seen by look from above and below to.

Is this the Samsung galaxy s5? 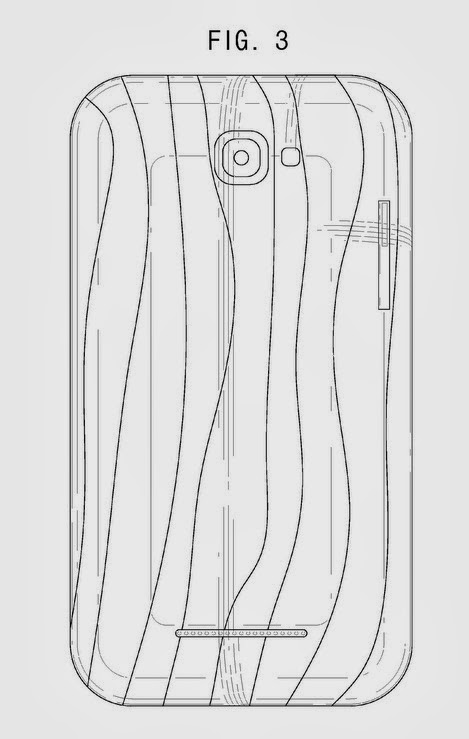 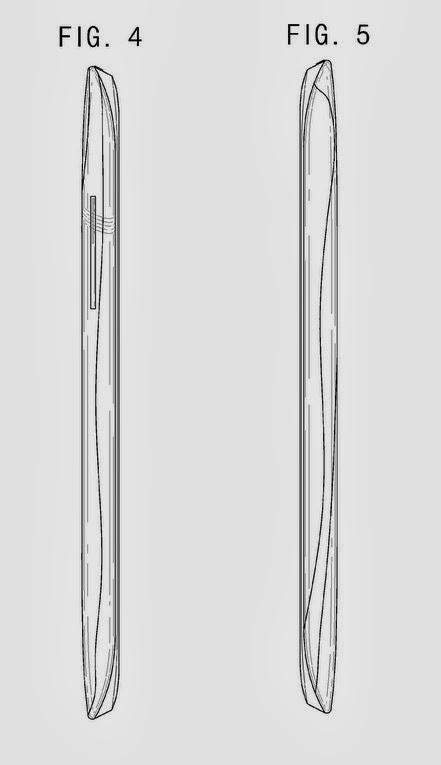 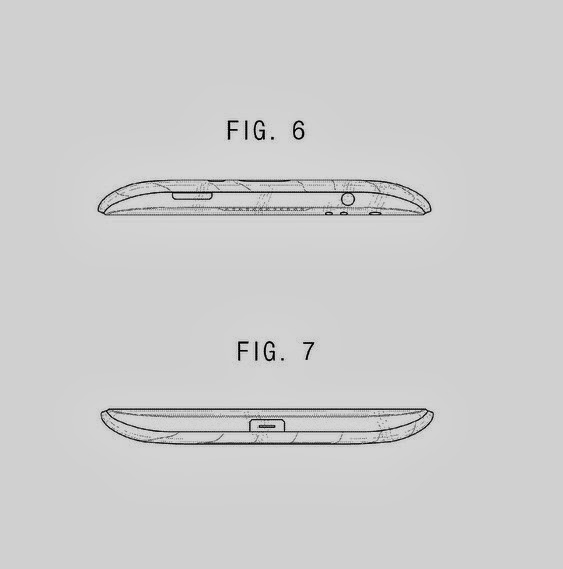